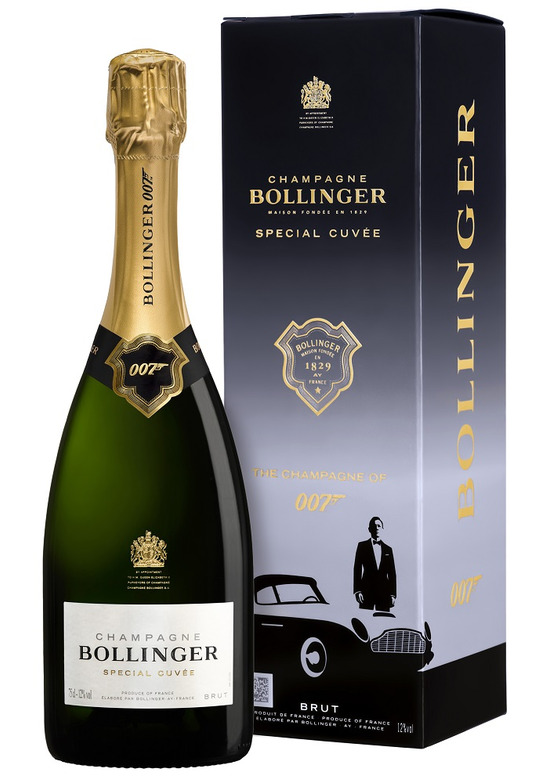 On Sunday we launched the Special Cuvée Bollinger 007 Bond selling over 100 cases upon release. Thanks to our close relationship with the Bollinger family, we are able to offer the lowest UK price of its Limited Edition at under £35, 25% less than the normal price.

20 years ago, Peter Florence of the Hay Festival, James Naughtie of the BBC Today programme and I joined with Bollinger to invent the Bollinger Everyman Wodehouse Prize for the funniest novel of the year. Winners have included Howard Jacobson (the Mighty Waltzer), Michael Frayn (Spies), Marina Lewycka (A Short History of Tractors in Ukrainian), Paul Torday (Salmon Fishing in the Yemen) and Ian McEwan (Solar). This years winner was Matthew Dyers Flake, a touching and hilarious graphic novel about an ice-cream seller in a small seaside town. It has been a joy for me to get to know Bollinger and the Scottish born Madame Bollingers house so well over two decades now.

Bollinger remains family owned, very much not part of a luxury conglomerate, with more than 2 kilometres of remarkable cellars holding many millions of bottles; sensibly given the Royal Warrant by Queen Victoria in 1884 which they have kept ever since. The Special Cuvée is kept in the cellars for more than twice the time required by the appellation before its release. This is Grande Marque champagne at its very finest. This is the first time in their 40 year association with the Bond films that they have released a limited edition 007 label for the Special Cuvée.