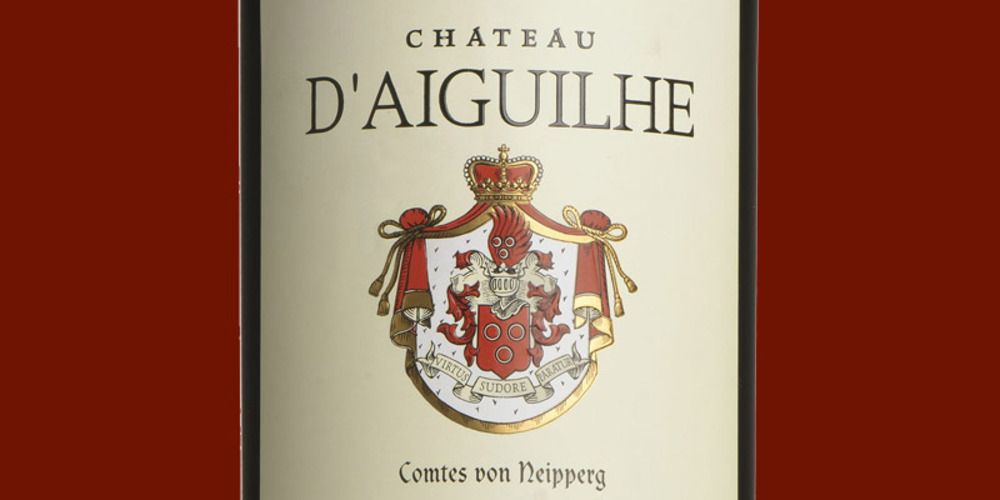 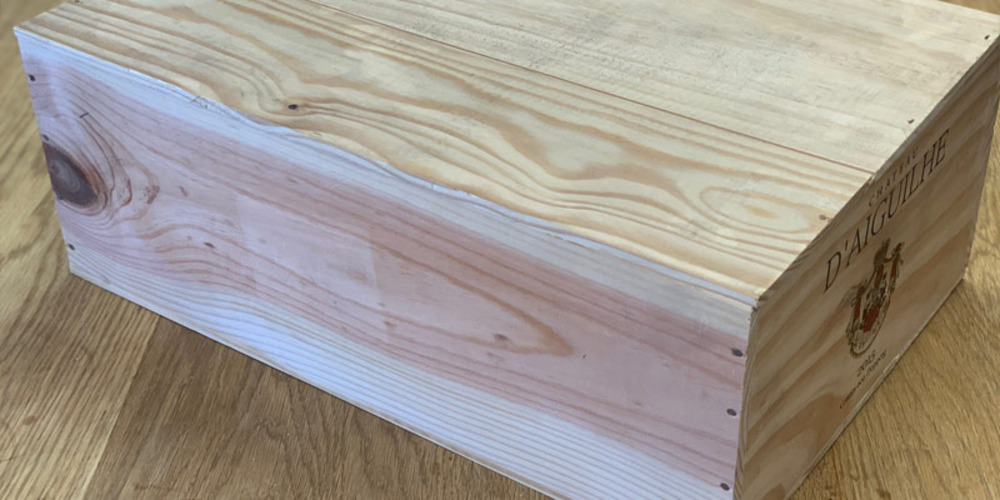 "The 2015 Château D'Aiguilhe from Castillon-Côtes de Bordeaux is part of the Château Canon-la-Gaffelière stable and lush, juicy and decadent with tannins to help it last."
Jonathan Ray, The Spectator Magazine

Acquired by Stephan von Neipperg in late 1998, Château dAiguilhe is one of the finest and most beautiful vineyards in the Castillon-Côtes de Bordeaux appellation. Located back from the river, the château's dignified ruins bear witness to a long and turbulent history.

Formerly the heart of a fortified farm, the château dates from the 13th century. Everything leads us to believe that the Aiguilhe seigneury was vast, with several large fiefs. Located on the frontier between areas occupied by the French and English during the Hundred Years' War, the château had a major strategic role and changed allegiance regularly according to the political tendencies of the seigneur... Later on, the château belonged to the Albret family, then the Leberthons, who contributed several members of the Bordeaux parliament. Before emigrating on the eve of the French Revolution, the Leberthons sold the estate to a certain Etienne Martineau, who transformed it into a huge 400-hectare farm in a single block that stayed in his family until 1920.

Today, the estate covers 140 hectares, including 90 planted with vines. The vines grow exclusively on the plateau, where they benefit from south-facing sun exposure and excellent natural drainage.

A thin layer of rather meagre clay-limestone and clay-silt topsoil overlays a limestone substratum that ensures remarkable water regulation. Combined with the average age of the vines, this terroir is ideal for producing quality wine.

How does the wine taste? Customer Reviews (0)
Black cherry, sweet spice, warm, plummy fruit, dried florals and forest floor; full-bodied on the palate with plush merlot fruit, proper grip, fresshness and structure. Foodie stuff.
There are currently no reviews for this product.
Write a review?
"The 2015 Chateau d'Aiguilhe is a blend of 85% Merlot and 15% Cabernet Franc, picked between September 23 and October 8 at 30 hectoliters per hectare, and matured in 30% new oak barrels. It has a very ripe and opulent, quite showing bouquet with fig and date-tinged red berry fruit. The palate is very well balanced, a supple ball of red cherry and strawberry fruit, with a touch of Christmas cake and allspice towards the finish; the Cabernet Franc imparts a little edginess, with a saline tincture lingering on the aftertaste. This is a very fine Côtes de Castillon from Comtes Von Neipperg."
90-92 points, The Wine Advocate
"Ripe, fragrant aromatics. Power but opulence and finesse as well. Fine, fresh grain of tannin and a persistent finish. One of the best yet from this Von Neipperg-owned (Canon-la-Gaffelière) estate. Drinking Window 2021 2030."
91 points, Decanter
"A swath of toasty, singed vanilla starts off, quickly backed by waves of currant and plum preserves. As the flavors knit, a graphite spine emerges and drives the anise- and apple wood-tinged finish. Let this settle in with a little cellaring. Very solid."
92 points, The Wine Spectator
In a nutshell
Region: Bordeaux Country: France Grape: Merlot Unit: Bottle (75cl) ABV: 14.5% Drink: Now - 2030 SKU: 01151121
No Quibble Guarantee Free UK Delivery*