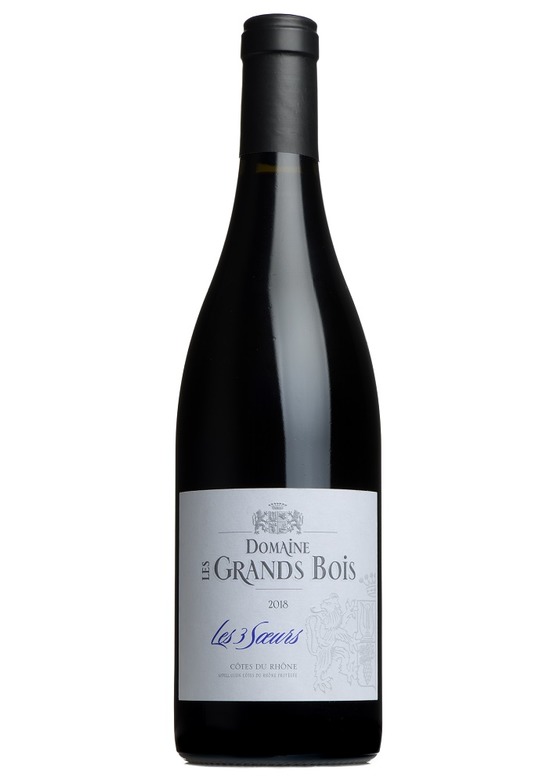 The Cuvée Trois Soeurs  from Mireille and Marc Besnardeaus Domaine Les Grands Bois, and named after their three daughters  is a delicious organic southern Côtes du Rhône, from the charmingly named village Sainte-Cécile-les-Vignes at the foot of Mount Ventoux.

Marc was, before marrying Mireille whose family owned the vineyards, a sommelier in a leading Paris restaurant, so knows what pleases us; appropriately we discovered their wines on the recommendation of another sommelier, in the Rhône.

The Cuvée Trois Soeurs is 65% grenache, 30% syrah, 5% carignan. "Consistently one of my favourite estates in the southern Rhône, the wines of  Les Grands Bois consistently over-perform their appellation and their modest prices." says Robert Parker.