RECEIVE 5% OFF BIG BOTTLES. USE PROMOTION CODE BIG5OFF IN YOUR BASKET - VIEW THE RANGE HERE. 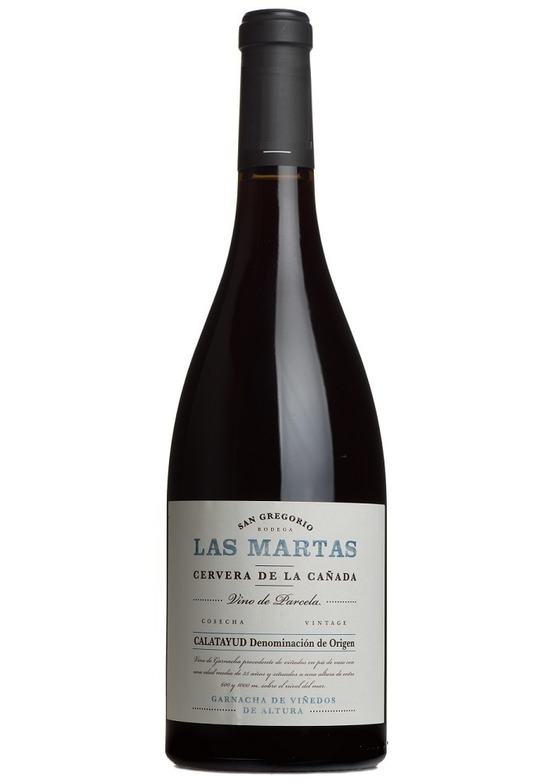 The grenache grape, garnacha in Spanish, originates in the early middle ages in the ancient mountainous kingdom of Aragón, before migrating in the 17th century to southern France. The Bodega San Gregorios Las Martas, grown at nearly 2000 feet in the beautiful Ribota valley and made from low yield vines planted in the 1940s and picked by hand, is a great new addition to our list.

A rich example of just how very good contemporary Spanish winemaking has become.

How does the wine taste?
This is a modern-style red made with old vine garnacha - warm, rich and flavourful with an appealing crunch. Very moreish and incredible value for money. ABV: 15%

What do the critics say?
"A plush, flavorful garnacha with blue fruit, such as raspberries and blueberries, as well as orange peel. It's medium-to full-bodied with fine tannins and a fruity finish. Vivid."
92 point, James Suckling